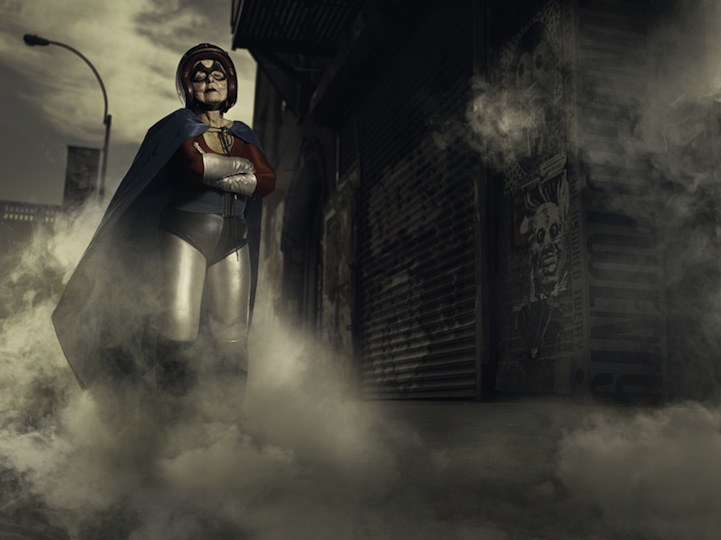 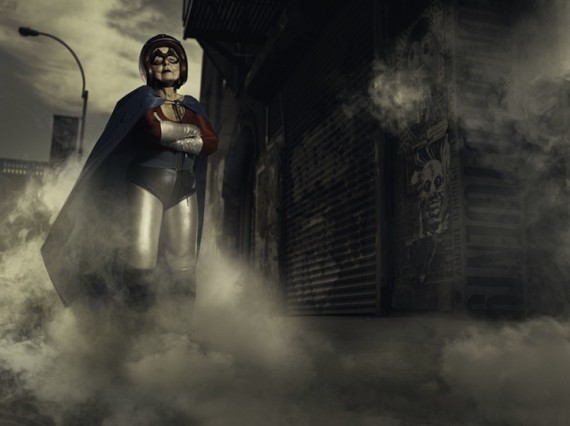 “A few years ago photographer Sacha Goldberger found his 91-year-old Hungarian grandmother Frederika feeling lonely and depressed. Â So to cheer her up, and put a spark back into her life, he turned her into a superhero! He took a series of awesome photographs of her wearing costumes in unusual superhero type posses. “Grandma reluctantly agreed, but once they got rolling, she couldn’t stop smiling.”
Frederika isn’t only a superhero in these photos, but she was a real hero during World War II. Here’s her story…

“Frederika was born in Budapest 20 years before World War II. During the war, at the peril of her own life, she courageously saved the lives of ten people. When asked how, Goldberger told us “she hid the Jewish people she knew, moving them around to different places everyday.” As a survivor of Nazism and Communism, she then immigrated away from Hungary to France, forced by the Communist regime to leave her homeland illegally or face death.

Aside from great strength, Frederika has an incredible sense of humor, one that defies time and misfortune. She is funny and cynical, always mocking the people that she loves.”